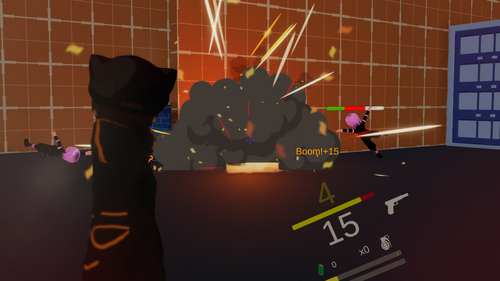 I've finally (attempted) to make a level just in time for AGDG demo day 28. This new build features enemy detection and a short level to explore.

The level is still a work in progress, but it'll receive a lot more updates.

You can still play the old level after you clear the new level.

Another update will be here soon, roughing out the edges of this version.