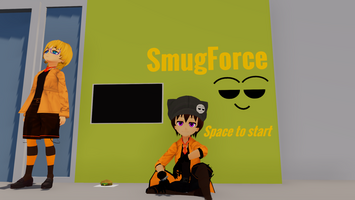 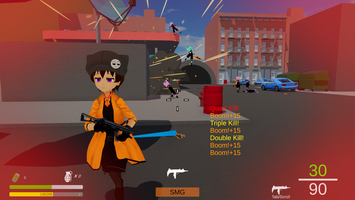 Stuff from here is now in the build

I got really nice artwork as a commission, and its the  BRAND NEW game cover now.

Kincaid, the previous sidekick is replaced by Saki.

There's also a new voice for our main character Keruru. The old voice is temporarily being used for Saki

The enemies have been replaced with Rulue's Minions, and they replace the black keruru look-alike.

This new build is testing my new idea of enemies having a vulnerable state: being ragdolled

When enemies are ragdolled, they take a lot more damage then usual.

Enemies now drop less ammo, but you pick it up automatically

You also pick up Soda and grenades automatically, sparing your F key.

Literally got back from an anime convention. Was planning to dedicate all of today (sunday) to fixing up the game but ended up coming home wayyy later than usual, so I had less time to submit before AGDG 27 ended. Major bugs and issues will be fixed as soon as I can.